high Amazonian region of the Huallaga River. Born in the small village of

Llucayanacu, he was raised partially by his grandfather, Don Aquilino

illnesses his practice is Vegetalismo; the Amazonian tradition of spiritual

herbalism practiced in the Peruvian Amazon.

followed his education. He came back to the field of vegetalismo and

training in the art of Amazonian traditional healing at the age of 30, when

Master plants and his grand father in dreamtime.

His tradition is part of the traditional Amazonian Medicine ways, where

followers. Their knowledge is related to medicinal plants, their used and

application as the use of psychoactive such as ayahuasca and tobacco. To give my ego a break from all these construction projects. Layth 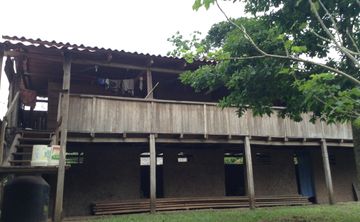