Yes, 2014 marks our 25th Bioneers Conference birthday! Were conjuring some special magic to celebrate this milestone with you at the 2014 Summit and throughout the year. The overarching mission of Bioneers is the advancement of holistic education pertaining to global social, cultural and environmental issues. Bioneers identifies progressive yet nature-honoring solutions to rising challenges of instability, inequality, and unsustainable growth and disseminates this knowledge via independent media, events, and community action networks. 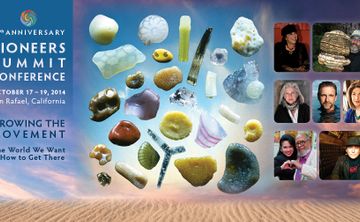