Ayahuasca work initiates a powerful and dynamic process of transformation which, like life, is simultaneously both renewing and deconstructing. As you move from the ceremony space back into daily life, it is helpful to create a container that supports you in anchoring new perspectives and changes into your reality.

This course will guide and support you in activating a solid foundation upon which your continued journey of growth, healing, embodiment and awakening can rest. By the end of the course, you will have a solid set of tools that will help you in the process of integrating your experience with Ayahuasca.

This online course has two components: self-guided work and weekly group integration calls. In addition, you will have the option to join a Facebook group where you can interact with other people who are also participating in this process.

The self-guided work arrives as a course packet, which will be sent out every week. These packets will include practices, insights, and tools aimed at strengthening four pillars of support for your onward process of growth, healing and integration. Each week, you will have the opportunity to fortify your life in new and empowering ways.

We will also meet each week for group calls to support each other in our journey home.

"Working with Marni has been such a blessing. The combination of her safe and trusting space with her beautifully authentic and deeply intuitive energy has allowed me to access a level of depth to which I haven’t previously been able to open up. Every single guided meditation and facilitated process has been truly profound. Marni’s graceful and divine presence has been deeply impactful to my life, and it is a gift to work with her."​ ~ Marta U 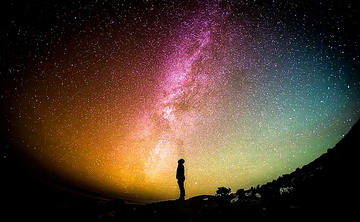 PRICE FROM $600
Usually replies within 1 day
Connect with Facebook