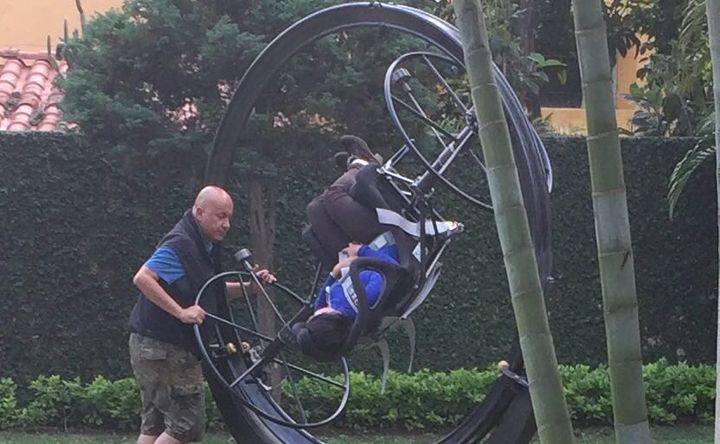 9.00 am breakfast and then, each person works individually on their prefered personal space whilst supervised and facilitated according one´s need and focus of work.

Each person sets their own pace at work and is free to take time off enjoying the ppol or company. Facilitators support each person experience and emergence by engaging through Clean Language questions and allowing for your system´s signals to point the next course of action.

We have no fixed agenda as the work is free and independent within the bounds of specific exercises in which arts, movement, physical space interact and allow for deepening in the mindscapes of your own personal reality.

“What is the Matrix?”
The matrix is the cumulative effect of hundreds of layers of little trances created by life’s experiences, and ancestral conditioning, to result in a normalised self that swims with the social experience of the collective trance, that is itself the emergent consequence of gazillions of personal trances passed like emotional viruses from person to person. The effect of all these layers is to dissociate a person from nature, from other people, from even themselves, developing an ever larger mind. It is the collective delusion of civilisation.
“What is the Real World?”
The real world is nature, experienced with no mind, where there are no thoughts, and where telepathic communication is clear and direct, how animals interact, how even plants know each other, it is everything the natural way, with the world around giving signals constantly telling one the situation and what is required, even if that “what” is “nothing” at a moment in time. It has the side-effect of inner-peace. It is the awakened reality of nature.
“How does one leave the matrix and enter the real world?”
One has to undo all the projective layers of the trances acquired during this life, from conception onwards. There are temporary shortcuts, but to sustainably remain in the real world, one has to do this “work”, and one has to then maintain the beingness by constantly undoing the clutter of emotional energies being radiated by people who are still inside the matrix. One can do this through decades of meditative practices, by living in communities such as Hari Krishna, or one can use the new, more efficient methods developed over the last 20 years. This is what we offer.

I hit my mid-life crisis about 8 years. I look back and I wonder who that person was. I knew I had to make changes if I was going to survive and lead a successful life. I searched the self help section of each book store in search of the answer. I was first told about the Steven Saunders work by someone I met on the party island Ibiza. This guy, who has now become a great friend told me about Holigral and my only regret is not making the choice to attend the 7 day retreat sooner. Wow, what an experience! I no longer need to search for the meaning of life. I have clarity on my life purpose, I am in charge of my emotions and I have eliminated the self limiting beliefs that were holding me back. I now know what I have to do to achieve the life I dream of and I know I will succeed. The joy and happiness I experienced during those 7 days has stayed with me. Thank you, thank you, thank you. My life has change dramatically. My relationships are stronger, I get up in the morning knowing I will achieve what I set out to do and I have a completely new perspective on life. I highly recommend this program to anyone who is serious about taking the ride of their life. This is not for wimps… but the rewards are the rewards of the gods. Eugene McGarrell, Sydney, NSW, Australia One of the things I asked for in Menorca was more work with my languages (and a better income!), and in the past few weeks I've had a huge amount of technical translations for german biogas companies that needed to be translated into English, which has fitted the bill perfectly! Helena Ellis, Plymouth UK I'm not sure there is any way to adequately describe the end result of a 7 day Holigral retreat but I will try. Every participant comes with their own set of life experiences, goals, and issues. However, one thing is certain, you will never be the same. The results, insights, and benefits are permanent. Holigral - holistic & integral - of these two the holistic part is what is hard to articulate. The results of the work are profound but often so subtle in the integration that it can take a while to notice what you're doing differently because you didn't have to exert any effort in the change, you just suddenly realize you're having a different experience of life, you are acting differently, others act differently towards you. Some people fall away without you having done or said anything, some relationship dynamics change for the better without any conscious effort, there is a peace "which passeth understanding" that simply eliminates a huge amount of drama from your life. There are physical effects as well, less aches and pains as the former emotional toll ceases to exist. There is more laughter. I also experienced "the arkangle" or the" time machine" as I like to call it. It will take you on a trip to emotional freedom that cannot be experienced otherwise nor can I explain how it does what it does ~ let's just say I highly recommend you try it. My retreat was in Cuernavaca, Mexico. The location was beautiful and restful, the people involved, both facilitators and participants, far sighted, supportive, and eager for change. It is the perfect environment for an overhaul of one's life. The end results for me are many ~ insight into "why I do what I do" and that knowledge ending numerous repetitive and negative life cycle loops permanently and effortlessly, removal of addiction to caffeine with no symptoms of withdrawal, the end of a 2 year stretch of chronic neck pain, the sudden end of a long term issue at work of immense annoyance and energy drain, improved communication (once the measurements are gone you aren't drawn into other people's story unless you want to be), and a focused life path from a "clean" perspective. My deepest appreciation to Steven Saunders and Jorge Carillo for their dedication to their work and ongoing support of retreat graduates. The retreat is not the end of a journey, it is the beginning. Mary Oliver, Victim Services Coordinator / Law Enforcement I attended a weekend retreat and later on a 6-day retreat facilitated by Steve Saunders and Jorge Carrillo. I am impressed by my findings during the retreat and the results of powerful process. I now can see myself in a more honest and realistic manner. I can see clearly where I am and where I come from and self-acceptance is the obvious result. I now know how I created multiple sclerosis and fibroids in my body. I feel more sensitive towards myself, the people around me and my environment. I feel alive and I feel zest for life again. I have a feeling of inner peace and mental chatter has decreased drastically. I know what I have to do and do it without too much ado or rationalization. I feel I understand people and their behavior even if I don’t agree with them. I feel more empathy. Coffee and sugar cravings have diminished significantly. Shopping sprees have come to a grinding halt. I feel like working. I can observe my own thoughts and its origin more clearly. I focus on solutions instead of on the problem itself. I flow with the now instead of thinking of the past. This retreat has been one of the best time and money investments because I am still seeing new results on a daily basis and in different situations. More than a method to change myself, this has been a process to reintegrate my dissociated zones, to heal past injuries, to reframe definitory moments and to recognize myself within my personal context and even above my own circumstance. Thank you, Steven & Jorge for this set of invaluable tools. Yolanda Bello, translator & interpreter

Should you be interested in sightseeing or extended visit, we can help you to enjoy a very mexican trip: food, pyramids, music and great company. We are located in the heart of Tepoztlán, a mystic valley which mountains inspire the inner journey of self discovery.

Rooms are individual with all amenities for your comfort and enjoyment. 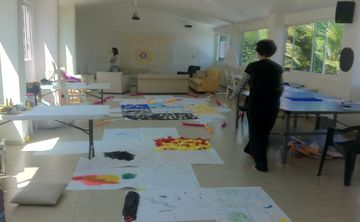