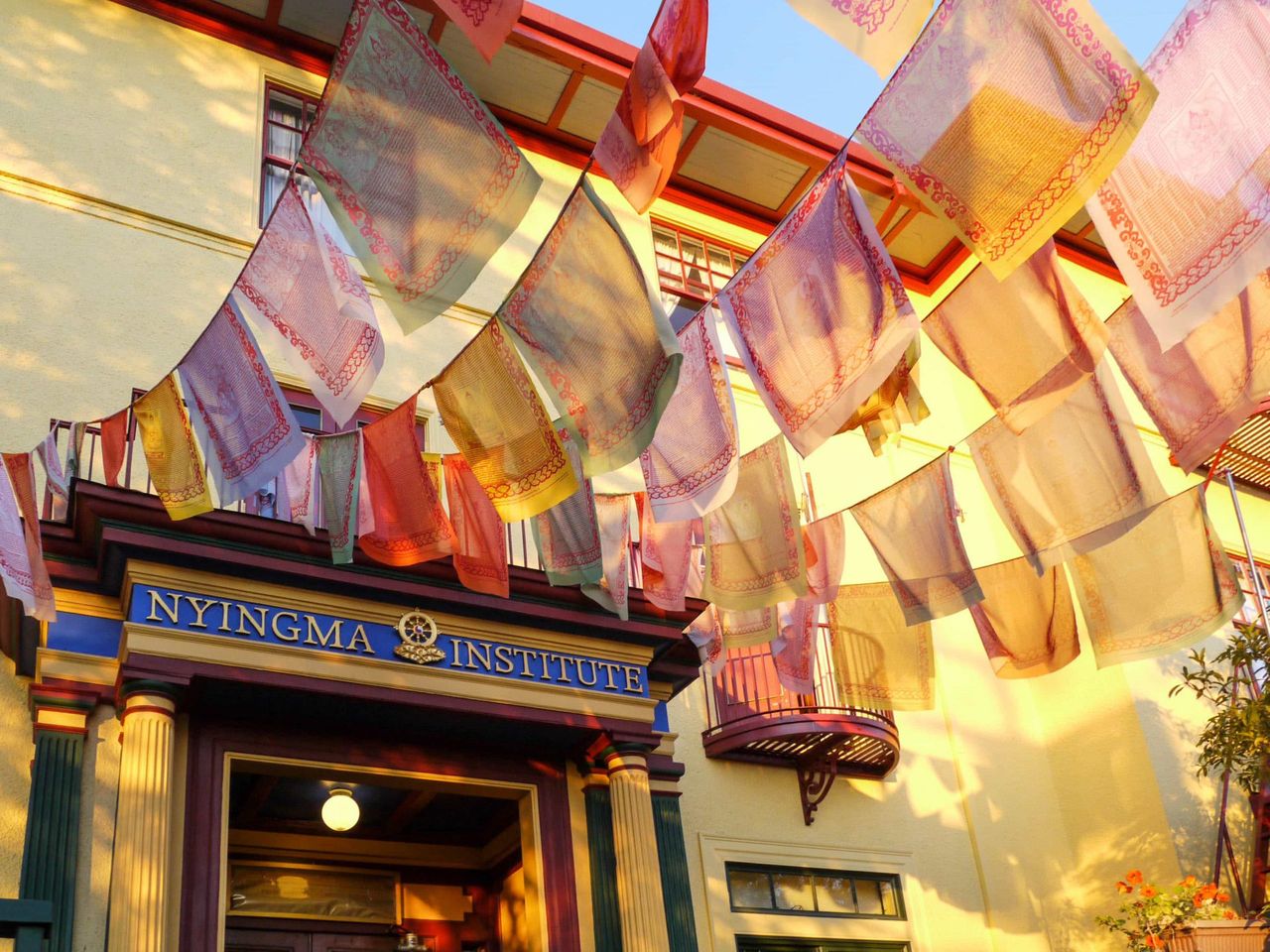 Tibetan Buddhism 101: A primer with the Nyingma Institute

The practice of Buddhism has become widely understood through popular media and literature as an oversimplified spiritual path of asceticism and non-doing. Though these could be elements of Buddhism, they aren’t the whole picture. We spoke with Pauline Yu, who has been studying and living at the Nyingma Institute in Berkeley, CA since 2007, to deconstruct some of the elements of Buddhism that are most commonly misunderstood.

First, Pauline gave us a little bit of background on the Institute: “Nyingma Institute is a volunteer-run, non-profit center of learning and one of the oldest Tibetan Buddhist centers in the US. We were founded by Tarthang Tulku Rinpoche in 1973 and are part of what we refer to as a ‘mandala’ of sister organizations that have focused much energy over the last 40 years on major cultural preservation projects with a big impact in Asia, including the printing and distribution of over five million sacred texts to support education of the Sangha and the transmission of Tibet’s wisdom tradition to the next generation.”

Let’s start with the most obvious idea about Buddhism: it’s all about seated meditation, right? But there are teachings on the view of Buddhism, too – how do the two relate? Pauline describes how she understands the two:

“The view is like a map, and meditation is like embarking on the journey. Without one, you are lost, and without the other, you don’t go anywhere. The way in which each person begins their exploration may be slightly different at the outset. For instance, someone who is highly conceptual and lost in their head may benefit from focusing less on the philosophical fine points and more on developing a measure of meditative understanding first.”

One cannot simply sit and say, “I am a Buddhist”. The teachings of Buddhism are the map that show the practitioner where to go, and how to proceed, with regard to their own individual needs.

Pauline goes on to say, “It’s also important to remember that what you do on the cushion can be offset or enhanced by what you do when you’re off the cushion. Meditation practice and study are two of the three trainings, with the third being ethical conduct.

This, especially, is where having a proper grasp of the teachings and view of Buddhism shapes the path forward.

It’s so easy to get hung up on the Buddhist concept of ‘emptiness’. How can the world be empty, and we be empty, when we experience life so full of menaings and details? It seems contradictory and impossible. Pauline clarifies that this misunderstanding is, in part, due to a translation error:

“In the Tibetan Buddhist canon… the word or concept that gets translated as ‘emptiness’ is a great deal more subtle than may be immediately apparent.”

This makes sense, as English often doesn’t have a proper word to describe the subtleties present in other languages.

Pauline continues, “Some ideas may be helpful as a bridge: on one level, things may literally be empty – according to science, we and all material objects are made up of more space than stuff…. But what does this mean for us? For now, empty is an antidote to places where we get stuck because of beliefs about what is real, whether it’s about the way the world works, how this other person is, or who we ourselves can be. It’s a call to look more closely, with more curiosity and kindness, at ourselves and our lives and at how suffering arises.

It’s also a reminder that things may not exist the way we think they do, without insisting on the conclusion that things don’t exist at all, or that they do really exist. If we continue on this path, reality may eventually come to look quite radically different.”

In essence, the Tibetan Buddhist perspective is not that everything is, in fact, empty of substance, but an invitation to consider that our definition of “reality” may be quite flawed – and this may be the source of our suffering.

Perhaps the most detrimental of the concepts when misconstrued, non-attachment has been incorrectly translated to defend an individual’s apathy or irresponsibility. Pauline sets the record straight:

“If you are studying and practicing Buddhism, and you discover that you are so unattached that you no longer care about anyone else, you have missed the point. At least in Tibetan Buddhism, the goal is not to be unattached for its own sake, but to counteract our usual mode of being pulled this way and that by grasping after things that are distractions or even harmful for ourselves and others.”

In some sense, non-attachment could also be framed as “non-grasping”, a shift in the energy of clinging or coveting. This, says Pauline, is necessary to begin practice as a Buddhist.

“You have to have some level of contentment and non-attachment in order to practice. On the other hand, why do you practice? There are different levels of motivation, but one of the longest reaching and most propulsive ones is to do it for the sake of others, and this is born of compassion.”

Interested to study beyond this 101? Pauline offers an invitation: “Join us for classes, workshops, and retreats; apply to join our work-study staff for a minimum of 6 months; or, simply to stop by and enjoy the meditation garden and have a cup of tea. We hold free talks on Sundays and offer programs in seven fields of study, including Kum Nye Tibetan Yoga.”

Pauline Yu has been studying and living at Nyingma Institute since 2007. She is a full-time volunteer for 9 years and is currently in training to become a teacher. To learn more about the Nyingma Institute, visit their Retreat Guru center page.