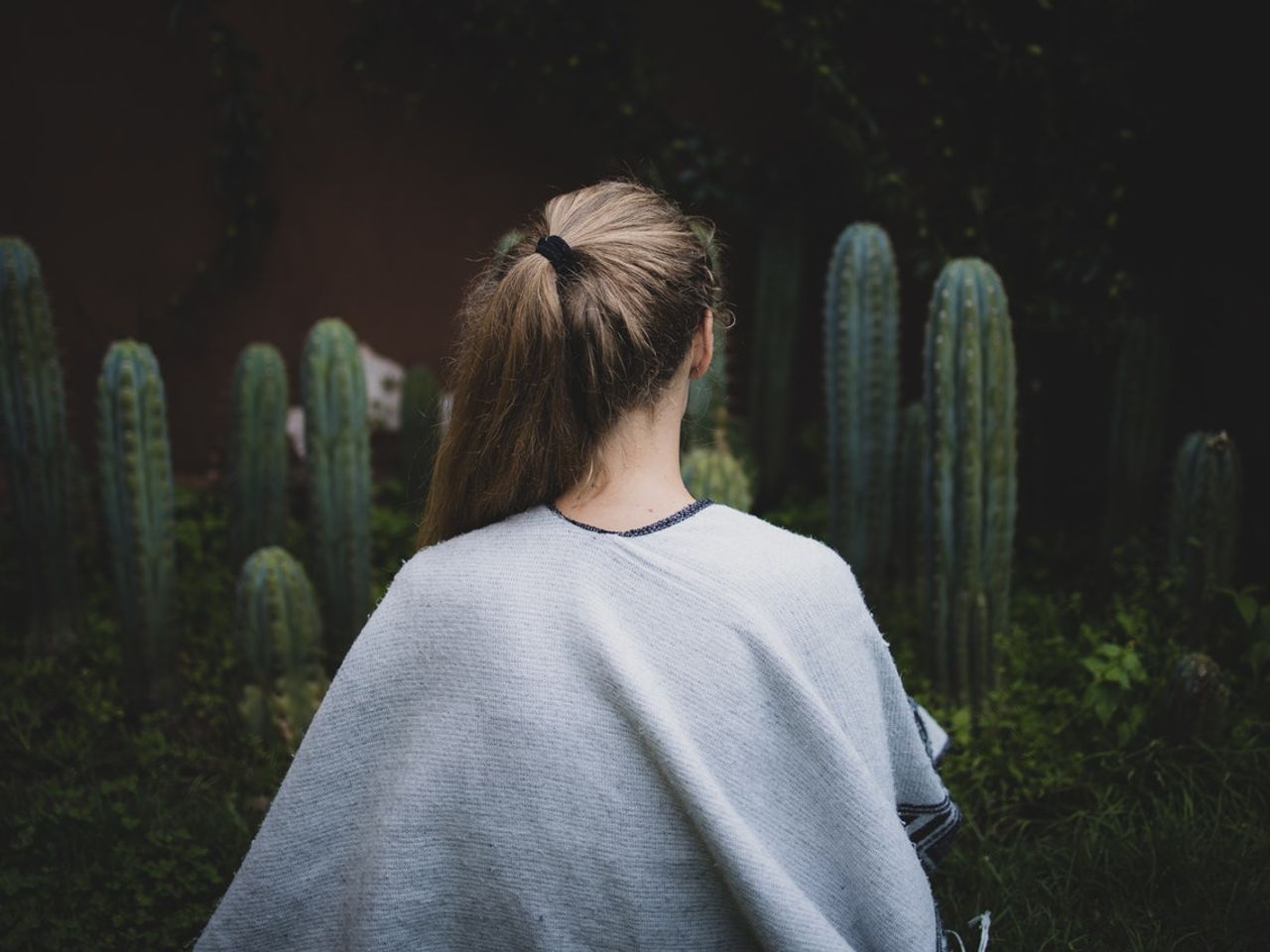 We are currently in the midst of a psychedelic renaissance. We are seeing a rise in the popularity of – and interest in – psychedelic drugs.

A growing body of research is highlighting how psychedelic therapy is effective at treating addiction, depression, and anxiety. Surveys also show that, over the last five years, the number of people taking psychedelics has increased, and quite noticeably[*].

But while you may have come across news stories about psychedelics like magic mushrooms and LSD, or have seen them referenced in pop culture, you may still be wondering: what are psychedelics?

This article goes over what defines this unique class of substances.

The History & Origins of Psychedelics

The Effects of Psychedelics

What are Psychedelics Used For?

Psychedelics are a group of substances that lead to what is known as the psychedelic experience, a unique altered state of consciousness which includes shifts in your mood, perceptions, and thoughts.

Psychedelics achieve these effects by stimulating the serotonin receptors in the brain[*].

Serotonin is a chemical in the brain that influences our emotions and how we perceive the world around us. By stimulating the receptors that release this chemical, psychedelics can often lead to radically different states of mind and sensory experiences.

Let’s delve into what the term ‘psychedelic’ specifically means as this will help to better answer the question of what are psychedelics?

The History & Origins of Psychedelics

The British psychiatrist Humphry Osmond coined the term ‘psychedelic’ in 1956, suggesting the term in a letter to the author Aldous Huxley[*].

Osmond famously supervised Huxley after he ingested 400mg of mescaline, the psychedelic chemical found in the Peyote cactus. Huxley would later recount and expand on the profound experience he had with mescaline in his book The Doors of Perception (1954).

Osmond landed on the term psychedelic by combining the Greek words psyche (meaning ‘soul’ or ‘mind’) and delein (meaning ‘to manifest’).

In this way, psychedelic literally means ‘mind-manifesting’ or ‘soul manifesting’. So, if you want to know what psychedelics are characterized by, you can say that they reveal or display your mind to yourself.

During their exchange of letters, Huxley suggested an alternative name for these substances to Osmond: ‘phanerothyme’. This means ‘visible soul’, originating from the Greek words phaneroin (meaning ‘visible’) and thymos (meaning ‘soul’). However, Osmond’s coinage was the one that caught on and which remains with us today.

There are alternative terms for this distinct group of substances, such as:

While many psychedelics are hallucinogens, it would be misguided to use the terms interchangeably.

A hallucinogen is any substance that produces hallucinations or perceptual distortions. But there are some issues with defining chemicals like LSD in this way.

Another alternative term is ‘entheogen’, coined by several authors in 1976[*], which derives from the Greek word entheos (meaning “the God within”).

An entheogen, then, is any substance that generates the divine within a person. It was suggested as an alternative to the term psychedelic as a way to emphasize the spiritual dimension of these substances.

However, these chemicals don’t always lead to spiritual experiences and many people who use them may find that concepts like ‘the God within’ do not personally resonate with them. ‘Psychedelic’, therefore, is a more general and comprehensive way of thinking about these substances.

Psychedelics are certainly a diverse group of substances. First of all, we should make a distinction between three kinds of psychedelics[*]:

All psychedelics fall into one of these three categories.

We can also make a distinction between naturally-occurring psychedelics and synthetic or semi-synthetic psychedelics.

For example, psychedelic chemicals found in the natural world (in plants, fungi, and animals) include:

LSD is semi-synthetic because the chemist Albert Hofmann first created it by changing a molecule found in the ergot fungus[*]. LSD is not found in the natural world but it is derived from – and closely based on – a natural chemical.

LSD stands for lysergic acid diethylamide and it is the product of a specific chemical process carried out on the natural substance lysergic acid (ergoline).

Is Cannabis a Psychedelic?

While cannabis is not included in this list, many people do think of it as a mild psychedelic. High doses of cannabis, especially when consumed as an edible, can lead to noticeable changes in mood, perception, and cognition.

For this reason, cannabis, which is hard to neatly classify, can be thought of as a psychedelic in some contexts, or as having the ability to produce psychedelic effects.

You may still be wondering what psychedelics do to the mind and body? To answer this, let’s go over the wide range of psychedelic effects.

The Effects of Psychedelics

Taking psychedelics can lead to a range of perceptual and psychological changes, which may be positive, negative, or neutral.

The most positive and therapeutic experiences tend to happen in guided settings, such as in ceremonies or retreats specific to the psychedelic.

The cognitive effects of psychedelics may involve thinking and mental processes, such as:

When a sufficient dose is taken, a psychedelic substance can lead to a mystical experience, which can include the following effects:

Many people who take psychedelics will feel physical sensations in their bodies, including:

Factors That Influence the Effects of Psychedelics

There are three factors that influence the effects of psychedelics on the participant:

Set refers to your mindset, how you feel going into the experience and during the experience. Psychedelics have a tendency to magnify whatever you’re feeling, which is another reason it makes sense to think of them as ‘mind-manifesting’ chemicals.

Setting refers to the environment or context in which the psychedelic substance is taken. Taking LSD in a club environment with people you don’t know, for example, can be significantly different from taking LSD with close friends at your favorite remote camping spot.

The dose of the substance can also dramatically change the nature of the psychedelic experience. You’ll experience different effects when you’re microdosing psychedelics than if you were to take a larger dose.

The way in which the chemical is ingested may also result in differing effects. For example, DMT, when smoked or vaporized, has a quick onset, rapid effects, and a short duration. But when DMT is orally ingested, in the form of ayahuasca, the onset is slower, with the experience being slower and more prolonged.

What are Psychedelics Used For?

Psychedelics have been used across many cultures to achieve many different outcomes for thousands of years.

In pre-Columbian Mesoamerican cultures (such as the Mayan and Aztec cultures), various psychedelic cacti, plants, and mushrooms were used for magical, therapeutic, and religious purposes[*]. Mushroom stones, which indicate the ritual use of magic mushrooms, have been found in Mexico and Guatemala and date back to 3000 BC[*]. Meanwhile, archaeological evidence shows that the ceremonial use of peyote dates back to 5,000 years[*].

From the perspective of many indigenous cultures today, psychedelics continued to be used as sacraments, as a means of connecting you to a spiritual realm and as a way of healing yourself. This would include the ceremonial use of Ayahuasca by the Shipibo people in the Peruvian Amazon.

Many Westerners today are drawn to Ayahuasca and other plant medicines for their therapeutic potential, taking these naturally-occurring psychedelics in an organized retreat or ceremony. These substances can be used to help individuals deal with all sorts of issues, such as trauma, depression, anxiety, low self-esteem, grief, a personal or existential crisis, or some other psychological roadblock. When working with Ayahuasca and stronger plant medicines, you should ensure that you take them in a safe setting, such as an organized retreat with experienced facilitators who can guide you on your journey.

Other people enjoy taking psychedelics like LSD or MDMA in a recreational setting, such as at raves, festivals, or as a way of having fun with friends. Another form of psychedelic use you may have heard of is microdosing[*]. This refers to taking tiny, sub-perceptual doses of a psychedelic (for dried magic mushrooms, for example, this would be 0.1-05g, as opposed to 1-5g).

People will microdose substances like magic mushrooms, LSD, and DMT for different reasons:

If you would like to find out more about what psychedelics are all about, you can stay up to date with the institutions carrying out research into these substances.

The Centre for Psychedelic Research at Imperial College London, for instance, is coming out with new research all the time on how psychedelics can treat mental health conditions, as well as help us better understand how the mind works[*].

Another useful resource would be Michael Pollan’s latest book How to Change Your Mind: The New Science of Psychedelics (2018), which describes the author’s own experiences with psychedelics and provides a thorough account of the history, science, and therapeutic potential of these substances.

If you ever plan on taking a psychedelic, be as informed as possible before going into the experience. After all, knowledge is power. The more you know, the more you can really tune into the teachings and benefit from the experience.