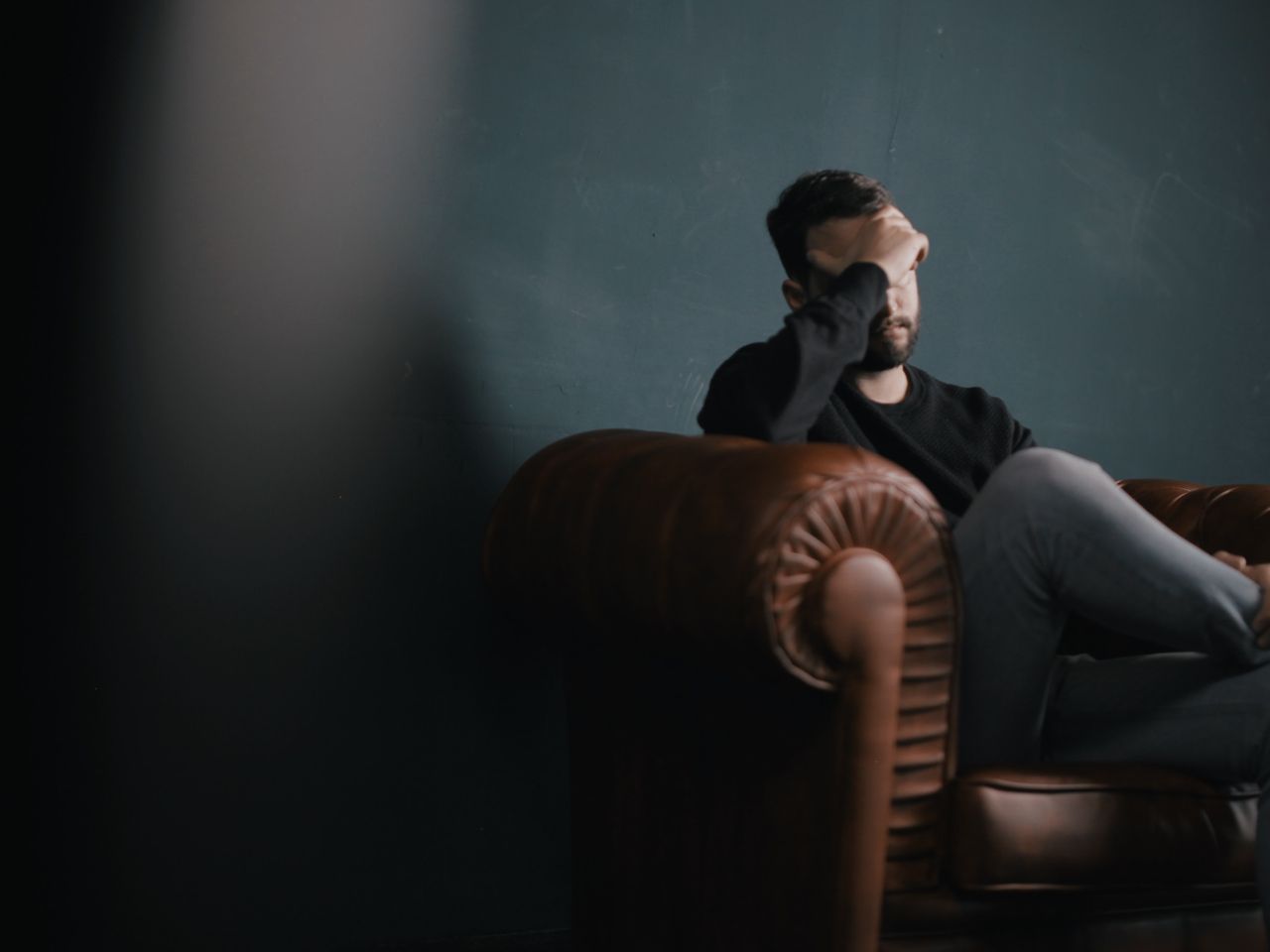 Research into psychedelic therapy started in the 1950s, with mainly LSD being studied.

In the 50s and 60s, researchers were looking into how LSD could be used alongside traditional psychotherapy to enhance the therapeutic process. LSD was also found to be potentially beneficial in the treatment of a wide range of conditions and issues, including trauma, alcoholism, and smoking.

But explorations of psychedelic therapy came to a halt in 1970 when the US government enacted the Controlled Substances Act, prohibiting all the psychedelics used in scientific research.

However, some three decades later, research into the therapeutic applications of psychedelics kicked up again. And now, it is a rapidly growing field of research. This is part of what is now known as the ‘psychedelic renaissance’.

Let’s take a closer look at what psychedelic therapy involves exactly and what we know about its benefits.

What is Psychedelic Therapy?

Mental Health Conditions Psychedelic-Assisted Therapy May Be Effective in Treating

What is Psychedelic Therapy?

Psychedelic therapy refers to therapeutic practices involving the application of a psychedelic compound, such as LSD or psilocybin.

Psychedelic therapy differs in some important ways from traditional forms of mental health treatment. For example, unlike with psychiatric medication, which is taken regularly, patients will take the psychedelic during an extended session with a therapist or guide, or over more than one session.

Here we can see that psychedelic therapy differs from traditional psychotherapy in its duration. This is due to the fact that the effects of the psychedelic taken will generally last longer than an hour, 12 hours or more in the case of the longer-lasting psychedelics.

There are also many forms psychedelic therapy can take. The two main types are psycholytic therapy and high-dose therapy.

Psycholytic therapy involves low to medium doses of psychedelic drugs during a therapy session every one or two weeks. Due to the nature of the dose, the patient’s ego will usually remain intact. This allows for a highly introspective state, but not the kind of mystical state seen with higher doses.

High-dose therapy is more common and involves less frequent, higher-doses of the psychedelic in question. The goal of this approach is to promote a transcendent or mystical experience.

Participants may spend most of the session lying down, with eyeshades on, listening to pre-selected music without lyrics. Unlike psycholytic therapy, there isn’t much dialogue taking place between the patient and the therapist. There will usually be two therapists present, one man and one woman. They are there to provide support if necessary. The aim is not to analyze the patient’s inner experience but to be present and empathetic with them during the experience and to hold their hand if necessary.

In both psycholytic therapy and high-dose therapy, the therapeutic approach of the therapist(s) can differ.

For example, in the 50s, the LSD researcher Stan Grof looked at the LSD experience from Freudian, Jungian, and transpersonal perspectives. Other psychedelic therapists, however, may choose to combine other kinds of approaches, choose a particular one, or work with none at all, instead just letting the patient be heard and trying to understand him or her.

Since psychedelics are illegal in most countries, psychedelic therapy tends to take place in clinical trials or underground.

The Purpose of Psychedelic Therapy

There is now a significant amount of research showing that psychedelic therapy is useful in the treatment of a range of mental health conditions.

Let’s examine the most common conditions targeted in psychedelic therapy.

Depression is a common illness. It is a mood disorder that affects more than 264 million people worldwide[*]. Unfortunately, a lot of depression is treatment-resistant, meaning that treatments (such as antidepressant medication and therapy) don’t help the depression to go into remission or provide substantial relief.

In terms of psychedelic therapy, certain psychedelics may support a reduction in or relief of the symptoms of certain types of anxiety. For example, there are studies suggesting that psilocybin-assisted therapy can help reduce end-of-life anxiety in patients living with a terminal illness[*].

Post-traumatic stress disorder (PTSD) is a disorder triggered by trauma. Its symptoms involve:

PTSD is a common mental health condition suffered by war veterans. For many of these veterans, PTSD is treatment-resistant. Psychotherapy and medication targeted for PTSD do not provide them with adequate relief and normal functioning.

Promising studies have demonstrated that MDMA-assisted therapy may be effective when applied to treatment-resistant PTSD[*]. MDMA may help to substantially lower a patient’s anxiety levels, allowing them to confront their trauma with less fear. This then may result in a reduction in PTSD symptoms, including in the long-term.

Alcoholism and substance use disorders are conditions in which an individual feels compelled to abuse alcohol and substances, despite the negative effects on their life.

Meanwhile, for patients struggling with cocaine or opioid addictions, there is evidence showing that ibogaine-assisted therapy is highly effective as a form of treatment[*]. Ayahuasca-assisted therapy has also been shown to help patients with substance use disorders[*].

In terms of the research on psychedelic therapy, we can see certain patterns emerging. We find that certain psychedelics are more widely used to treat a specific condition compared to another.

A lot of the time, this is because the drug in question is believed – based on anecdotal reports and growing evidence – to be the most effective drug available.

Of course, a psychedelic can be highly effective at treating multiple conditions, such as in the case of psilocybin. But for the purposes of this discussion, let’s focus on a few different psychedelics that are strongly linked to the treatment of a specific, widespread condition.

The biggest reduction in depression symptoms was seen five weeks following treatment. The researchers of this study noted how psilocybin helped to essentially ‘reset’ the brains of depressed people.

Psilocybin-assisted therapy was found to rapidly support antidepressant effects, as well as maintain these benefits in the long-term, and only from two sessions with psilocybin. This contrasts with traditional antidepressants, whereby patients may need to wait up to six weeks before relief is felt. Also, antidepressants need to be taken every day and may not help every patient with depression. In addition, antidepressants can entail a number of unpleasant side-effects not present with psilocybin.

The Food and Drug Administration (FDA) granted breakthrough therapy designation to psilocybin-assisted therapy for depression[*]. This designation is intended to speed up the process of drug development and review. It occurs when the FDA believes the evidence shows a treatment is a significant improvement over typical treatment.

MDMA-assisted therapy is showing the most promise in the treatment of PTSD. While more traditional psychedelics such as psilocybin and LSD may also help individuals deal with trauma, the studies on psychedelic therapy and PTSD have, so far, focused on MDMA.

A landmark study in 2011 showed that MDMA was both safe and effective to use in treating treatment-resistant PTSD[*].

In the study, 83% of patients who underwent MDMA-assisted therapy showed improvements in symptoms, compared to just 25% of participants in the placebo group. More recent studies have confirmed these results. A 2019 study also showed that MDMA combined with therapy is significantly more effective than a placebo combined with therapy[*].

As in the case of psilocybin, in 2017 the FDA granted breakthrough therapy designation to MDMA-assisted therapy[*]. This has helped to speed up research into this form of therapy.

Ibogaine is the active ingredient found in the African shrub known as Tabarnanthe iboga, traditionally used for spiritual purposes by the Punu, Mitsogo, and Fang peoples of Gabon.

However, anecdotes from people suffering from substance abuse problems and drug addiction have found it immensely helpful. Ibogaine-assisted therapy is now starting to be considered one of the most promising forms of addiction treatment that exists.

Most patients who underwent ibogaine-assisted therapy also had reduced drug cravings and lasting improvements in mood.

Many people who have a substance abuse problem also have depression. Abusing substances is a way of coping with depression, but over time, this can lead to full-blown addiction.

Ibogaine-assisted therapy seems to help by addressing the depression underlying substance abuse. The improved mood following treatment is one reason that patients are more likely to stay abstinent when compared to traditional detox treatment.

As we can see, psychedelic therapy is, in many cases, highly effective – and far more effective than traditional treatments. This offers great promise to those with mental health conditions who don’t find standard treatments effective, who find ongoing therapy expensive, or who dislike the side-effects of psychiatric medication. Psychedelic therapy also provides hope for addicted individuals who find it difficult to stay abstinent. With the FDA now recognizing the true value of psychedelic therapy, the hope is that this form of treatment will soon become more widely available for those who desperately need it.