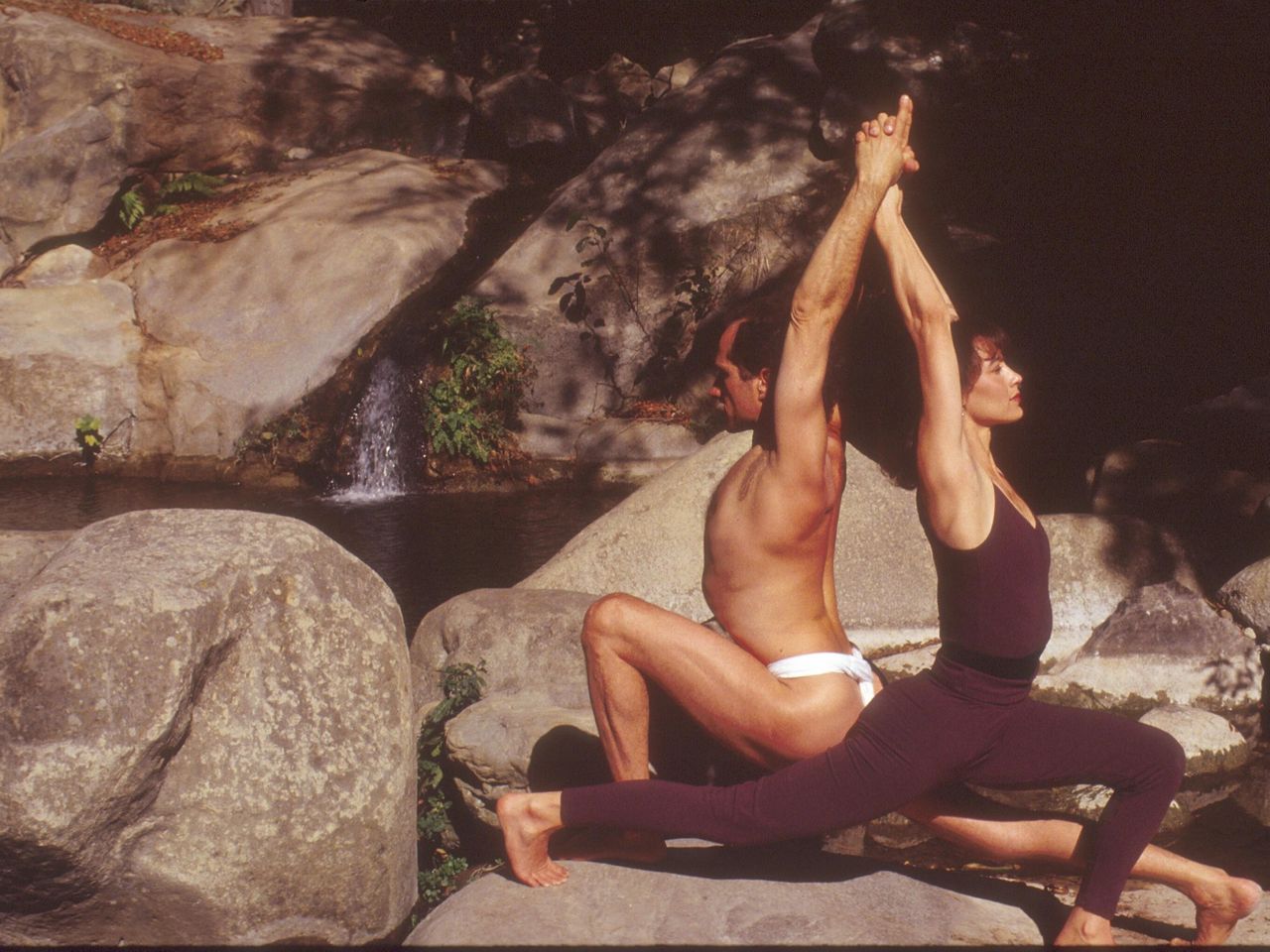 Yoga: Past, Present, and Future

We had an amazing discussion with Ganga White, ranging from his beginnings on the path of yoga, to the need for daily ritual, to the philosophy and history of yoga, to his experience running a retreat center. Here is what this profoundly wise (and yet wonderfully modest) yoga teacher had to say about the past, present, and future of Yoga…

Note from Ganga on “Yoga” vs. “yoga”: There is an ongoing debate, for years, as to whether or not “Yoga” should be written as “yoga.”  The print media, for the most part, stopped capitalising it.  This limits the use of the word yoga to asana or physical practices.  We follow the convention of not capitalising yoga when it refers to asana, and capitalising Yoga when referring to the broader philosophical, spiritual practice and philosophy.

What are the origins of yoga?

There isn’t just one yoga: the different branches of Yoga have their beginnings in different time periods. People used to say that yoga asana practice is 5000 years old, but it turns out to be only about 1000 years old (which is still quite old!). And it was strongly influenced by the West. Some of the most historically influential yoga teachers in India drew very explicitly on European influences, particularly from British colonial culture in India. They picked up different techniques and philosophies and incorporated them into their teachings. So, although a lot of a people in India are crying foul at the Westernization and appropriation of “India’s yoga,” it turns out that a lot of these Yoga practices in India were actually derived from Western systems, such as Swedish gymnastics!

Swami Vivekananda wrote an influential book called Raja Yoga, which was his translation and interpretation of the Patanjali’s Yoga Sutras. When Vivekananda came to America, he was blown away by the Western sciences and philosophy. He was particularly enamored with Theosophy, which was very popular at that time. It turns out that Vivekananda incorporated all of these Western teachings into his loose translation of the Yoga Sutra, interpreting Patanjali’s text from a contemporary (or even Theosophical!) perspective.

Not only asana practice but also many philosophical systems of yoga actually have both Indian and Western influences. That said, the Upanishads and the Vedas remain among the oldest texts in the world. They represent a spiritual and philosophical tradition of human beings studying themselves and studying life, which dates back thousands of years.

We don’t truly know the exact history of Yoga. It may be more useful to inquire into the application and practicality of practices and beliefs.  I see the teachings of Yoga as evolutionary—growing, expanding and evolving into better and more useful forms.  There are generally two schools of philosophy or approaches in Yoga.

One perspective teaches that the spiritual path and practices of Yoga were mapped out in the past. These people say that we must get that map and follow it to the goal!  Those following this perspective often spend a lot of time deeply investigating and struggling over the meaning of a single word…

The other perspective teaches that there are certainly some timeless truths, but that they too are evolutionary because, as human beings, we are growing and changing. The ancient philosophers who composed the Vedas didn’t have iPhones, space travel, computers, or the internet. These people say that the world changes and the human brain evolves and changes along with it, and therefore our understanding and practices must do the same.

There is truth to both perspectives, ancient and modern. There are new insights and teachings and discoveries being made all the time.

Where is yoga going?

The caterpillar doesn’t know that he’s going to become a butterfly. He just lives his caterpillar life and then goes to sleep, and slowly metamorphosizes into a butterfly. I would say that in the fifty or so years that I’ve been practicing yoga, the discipline has grown enormously in technique and understanding. There has been an evolution of the ancient teachings—new things were discovered when the yogis met science, medicine, feminism, environmentalism and more.  Some may say these new developments were always there, hidden in the teachings. That is their hope and belief, but really those teachings weren’t there, or at least, they certainly weren’t clear. A lot of the ancient texts are very short, verbless sentences, and, therefore, open to much interpretation and extrapolation.

In contemporary times, I’ve seen a lot of dogma and superstition stripped away from the teachings, especially in regard to asana practice. I believe that yoga is going to get better and better. Some poses or practices may never change much because they have already been refined, but I think that the discipline is going to grow to new levels of blossoming and unfolding. And so are we.

Love, connection, and awakening, and seeing beneath the surface. Everyone is so heavily bombarded by consumerism, like seeing 5000 advertisements a day, that some kind of personal practice is very much needed. It might mean practicing breath-work, asana, or meditation for even five minutes.

Connection with nature might be the most needed quality because we’re fast destroying our planet’s life force—it’s quite literally insane. I like to believe that when people start an asana practice, they find themselves becoming conscious of their own ecology, and that expands out into a consciousness of planetary ecology, which is at a crisis point. Yoga is helping a lot by teaching one to live harmoniously with the environment, whether it’s your body’s environment or the planet’s environment.

Ganga White is the founder of the White Lotus Foundation and is recognized as an outstanding teacher and exponent of Yoga. He has been called one of the “architects of American yoga” and a “pioneer of yoga” by the Yoga Journal. Since 1967 he has made many valuable and enduring contributions to his field. Ganga is one of the early developers of Flow Yoga, creator of Partner Yoga in the 1970’s, and with his wife Tracey Rich, released the #1 internationally best selling Total Yoga videos–with sales over 1.8 million.

You can find out more information about Ganga on his website: www.whitelotus.org.