Meet the lovely Anna Loveridge, aka Anz, originally from the UK, resident yoga teacher at Akasha Wellness Retreat from May until July 2018.

As a yoga practitioner for 14 years, Anz's personal practice has transformed from a fitness activity into an act of gratitude to herself, the people surrounding her, and the world we all live in. Her musical background and love for exploring the natural rhythm of the body has led to a sense of empowerment and self expression through yoga. 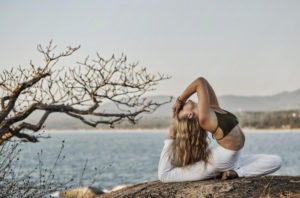 Over the last 6 years she has delved deeper into her own practice soaking up inspiration and knowledge from a range of yoga influences. In 2017, she moved to Spain to embark on a 3 month Intensive Self Practice Exploration at Suryalila Yoga Retreat Centre with Frog Lotus International Yoga Teachers. She then travelled to where it all started, India, to complete her 200 hour Ashtanga and Vinyasa Flow Yoga Teacher Training at Sampoorna Yoga, Goa. 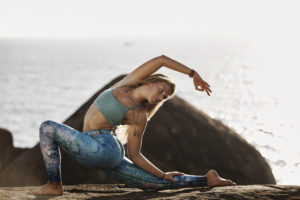 Anz  travelled and taught yoga across Southern India and Sri Lanka before returning to Sampoorna Yoga to assist on 3 Yoga Teacher Training Courses. Whilst teaching yogi’s from across the world in Sampoorna’s drop-in shala, she also worked with Yoga Teacher Training students assisting in Ashtanga, Alignment, Adjustment, and Sequencing. She’s currently learning how to play the Bansuri Flute so if you are lucky she may serenade you in a Savasana from time to time. 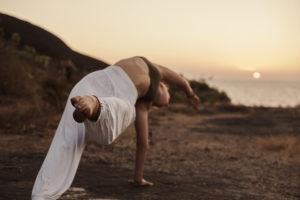 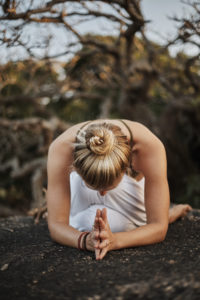