Celebrity Trainer, Body Transformation Specialist, and TV Personality, Corey Calliet, has built an unparalleled rapport within the entertainment industry since arriving in Los Angeles in 2014. With over 10 years of experience in sculpting and transforming physiques, Corey formulates and implements techniques catered to the specific goals and needs of each of his clients.

As Corey’s style is evident in the results you see in his clients, his physique is equally important. Recently deemed as one of the 50 Most Fit men in the world on the Flex50 list by AskMen Magazine alongside Usain Bolt, Michael Phelps and Conor McGregor; Corey and his work have been covered in an array of media outlets and networks, including E!s Revenge Body by Khloe Kardashian, and health & fitness and lifestyle magazines, such as: People Magazine, Men’s Fitness, GQ, Men’s Journal, MAXIM, TRAIN magazine, Brit + Co and Health Magazine, and Athleisure. In addition to training the stars and transforming the minds and bodies of people around the world, Corey is a motivational speaker, a passionate advocate for the fight against childhood obesity, and most importantly, a devoted father of one. 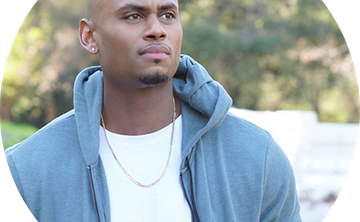