Nirmal Chandraratna is a New York City-based Kirtan artist and composer with a passion for nurturing connection– to spirit, to community, and to one's deeper self– through music. Using the voice, the harmonium and the cello, he creates music for Kirtan and meditation and works for communal performance.  He received a BA in Music from Brown University and a Masters in Music Composition from San Francisco Conservatory of Music, where he concentrated on vocal composition and opera.  He then further explored dramatic music at the BMI Lehmen Engel Musical Theater Workshop in New York City.

In 2010, Nirmal discovered Kirtan, a call-and-response practice of singing mantra, and fell in love with Kirtan's intentionality and immersive nature. Since then, he has been studying Sanskrit, Eastern philosophy and mantra.  He has led Kirtan in the Netherlands, Quebec, Boston, New England, upstate New York and New York City.  Kirtan and mantra have influenced his other compositions in his desire to continue to include the audience into a musical experience in an intentional manner, and he also offers guided meditations on the chakras, Sound Journeys, live music for yoga classes, and other creative offerings. Most recently, Nirmal joined the Music Under New York program where he raises vibration in the NYC subways.  Please visit NirmalC.com to learn more. 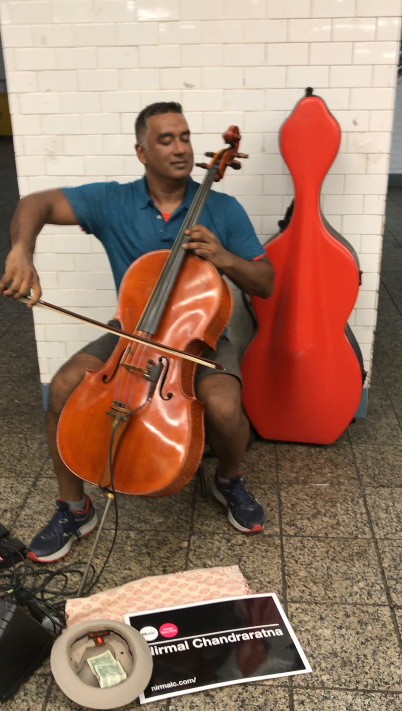