Join chart topping, award winning, multi-platinum, and best selling songwriters in Atlanta, GA for a 3 day all-inclusive songwriting retreat to help you expand your awareness and tap into your inner genius to write the songs seeking to be birthed through you with ease and flow! Whether you’re just starting out or your an established songwriter, this will be a place to further expand together, receiving and sharing with your peers!

Check out just a few reasons you should join us at the retreat!
* Award Winning / Billboard Charting, Multi Platinum Songwriters Leading Sessions and Co-Writing with YOU
* Focus on Conscious Songwriting Techniques that Allow for Ease and Flow for Inspired Lyrics and Music
* Focus on Song Placement of Your Songs by Writers who have Experienced Much Success
* Beautiful Accommodations and All Meals Included
Come enjoy the 35 Acre Beautiful Resort Retreat Center that Offers Every Modern Luxury (indoor / outdoor pool, gym with stunning views, fabulous sleeping rooms) all while surrounded by a Serene Lake in the Woods with Great Walking/ Biking Trails (free bikes provided) to create the Perfect Environment to Connect, be Inspired and WRITE!!!
Meet your Hosts:
Alan Roy Scott
Co-Host, Internationally Renowned Songwriter/Producer & Special Music Events Organizer
As a 35 year veteran songwriter, Alan's songs have been recorded by many well known artists including Cher, Celine Dion, Gloria Estefan, Luther Vandross, Cyndi Lauper, Patti LaBelle, Ray Charles, Journey, Rick Springfield, Sheena Easton, Notorious BIG, Anne Murray, Tiffany, Neville Bros, & Johnny Mathis among many. His songs have been featured in numerous Films & TV shows such as First Wives Club, Top Gun, Karate Kid II , Coming To America, Fame, & Oprah's Next Chapter among others. He has created and led international retreats and workshops around the world, visiting 122 countries and counting along the way.
John Stringer
Co-Host, Billboard Chart Topping Singer / Songwriter, Life Teacher, Healer, Author
John Stringer is a life teacher, healer and author who has written and recorded several albums (including a co-written top 10 best selling Billboard chart hit single with his former rock band, State of Man) and has performed throughout the world. His music has been featured on major network television, in national print ads, and he has taught songwriting to people of all ages - from youth to corporate executives as a True Collaboration® leader at (contact info blocked) (clients include leaders at Netflix, Focus Brands, Microsoft, NASA, ESPN, SunTrust and many more).
Guest Speakers:
Jill Colucci
Chart Topping, Award Winning, Multi-Platinum Singer / Songwriter
Jill Colucci is a multi-platinum, award-winning songwriter with #1 hits including Song of the Year “No One Else On Earth” by Wynonna Judd, “I’m Gonna Be Somebody” by Travis Tritt, and “Anymore” which she co-write with Travis. Her songs have sold over 20 million records worldwide. Although Jill has enjoyed much commercial success, she has also experienced great loss. During this time, she created her new CD, entitled “Heal My Heart”, which is an expression of her triumph over loss and the manifestation of her new path in life.
Traci Hale
Hit Songwriter / Topliner / Singer
Traci Hale is an Atlanta-based American pop and R&B songwriter and vocalist. She began her career as a backup singer for R&B superstars Keith Sweat and Aaliyah before becoming a songwriter for artists including Rihanna (co-wrote #1 Billboard Charting hit What's My Name?), Blu Cantrell, Mýa, Brandy & more.
Make sure you register today!!!! as we are keeping this event intimate so we have limited spots. Still undecided (contact info blocked) to site and sign up the list to get more info and a FREE series of upcoming interviews with top singers / songwriters in the positive and conscious music arena to give you useful insights into conscious songwriting leading up to the retreat.
(contact info blocked) 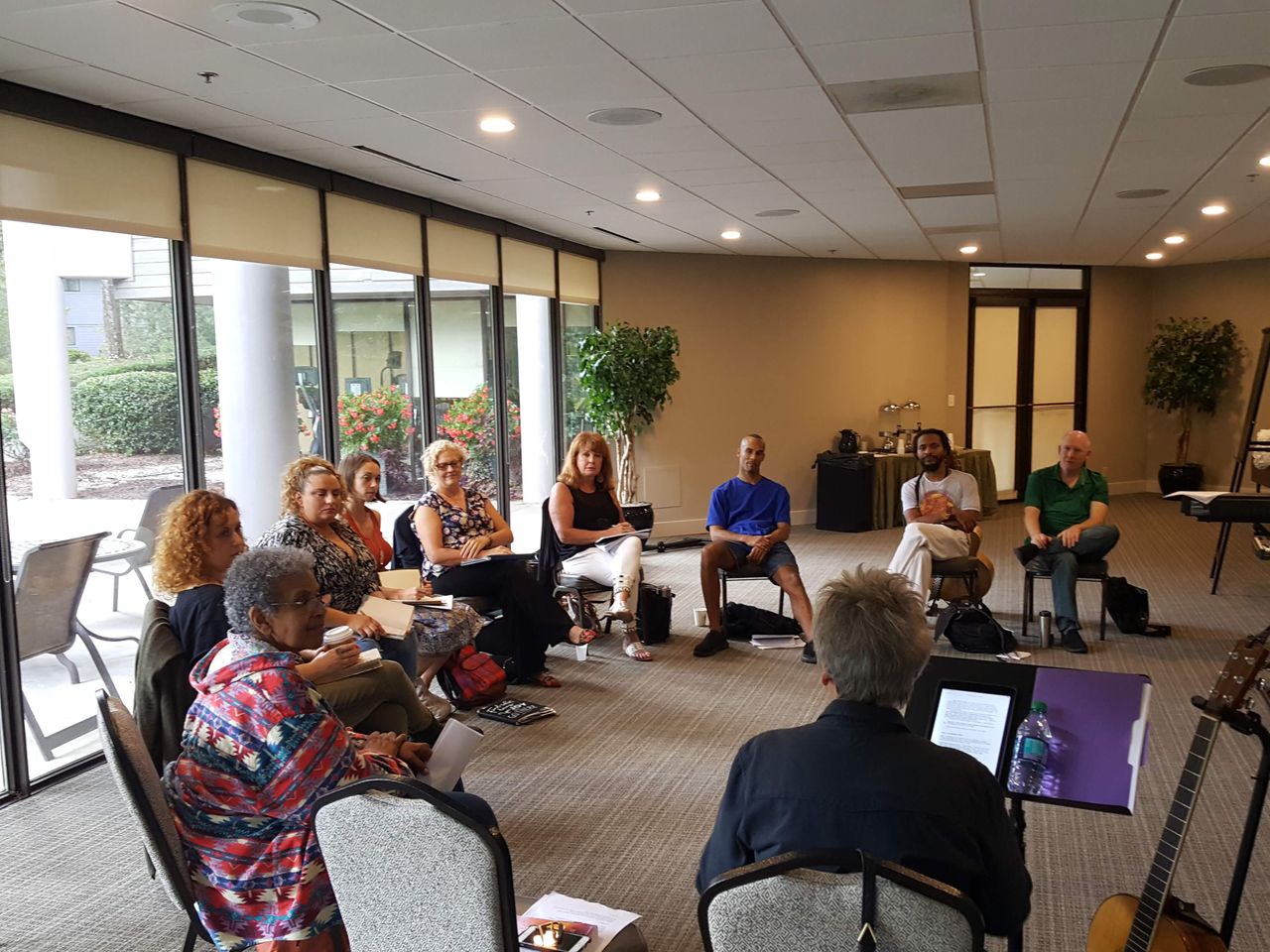 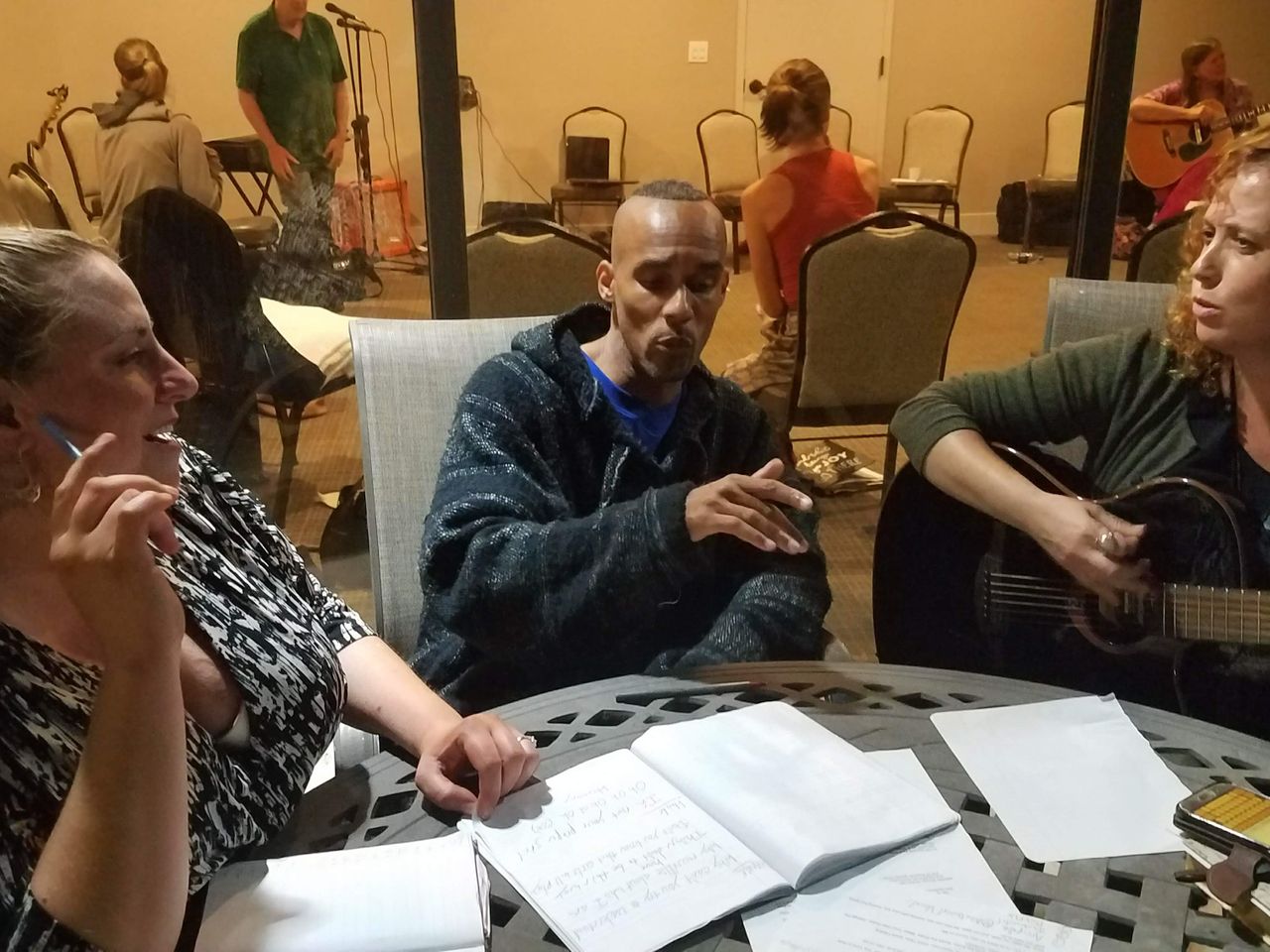