Fiona MacLeod has been teaching classes locally in Central Portugal since 2008, and on retreats since 2012. She places great importance on integrated women’s health, and empowering women through self awareness and self knowledge and growth.

Growing up in Australia she was introduced to embodiment practices as a child through the typical path of ballet, tap and ‘jazz’ dance. She then found yoga as a secondary school sports option, an alternate to team sports!! She was also introduced to the practice of Tai Chi through her mother from the age of 15 until she left home at 17.

She is currently a mother of three, living and working in Central Portugal.

She has been teaching yoga to friends since 2007, and then completed a 500 hour (RYT) formal training to teach in 2009 at Byron Yoga Centre in Australia.

It was during five formative years of travel throughout Asia between 1995 – 2000 that her passion for yoga, meditation, and personal practice developed.

She has been fortunate to study with many teachers and methods, and truly embraces the wide variety of methods and techniques she has been exposed to.

Her teaching style is a mix of alignment based slow vinyasa, pranayama and meditation, a variety of alternative movement practices and yoga nidra. She has become very interested in an intuitive somatic approach while still maintaining the integrity of the individual yoga postures. She also practices the more embodied meditative practices of Kashmir Shaivism.

She places great importance on slowing down, allowing time for the subtleties of the postures to be absorbed by our bodies, and for the magic of the practice to be discovered by individuals themselves, rather than overloading with instruction.

From 2012 until 2017, Fiona facilitated and taught on retreats at her own off-grid eco friendly yoga retreat. As well as teaching retreat weeks, she also prepared the majority of the food, and guided younger, newer teachers and a small team of volunteers.

Unfortunately she lost her retreat centre in the October wildfires in Portugal 2017. This overwhelming traumatic experience has only deepened her resources and her practice. She holds faith that yoga, and embodied movement practices, yoga nidra and meditative movement, can truly save your life.

In 2010 she founded an off grid eco retreat in Portugal and in 2016, (contact info blocked)  These retreats are integrated health retreats designed for normal people, incorporating safe yoga in a non-competitive environment, movement, yoga nidra, meditation and nutritious healthy vegetarian food.

She continues her further education whenever she can;

·         she is currently studying a yoga for fertility course through Bliss Baby Yoga.

Ultimately she aims to teach a whole and safe practice and to leave other practitioners with the same depth of profound experience and magic that she experiences herself. She hopes to transmit her passion for the practice to others with love and care, and to always create a trusting space for the yoga to happen

Say YES to the Universe. Surrender to Grace. Open to blessings in every circumstance. LOVE. Jen McNair Wilson 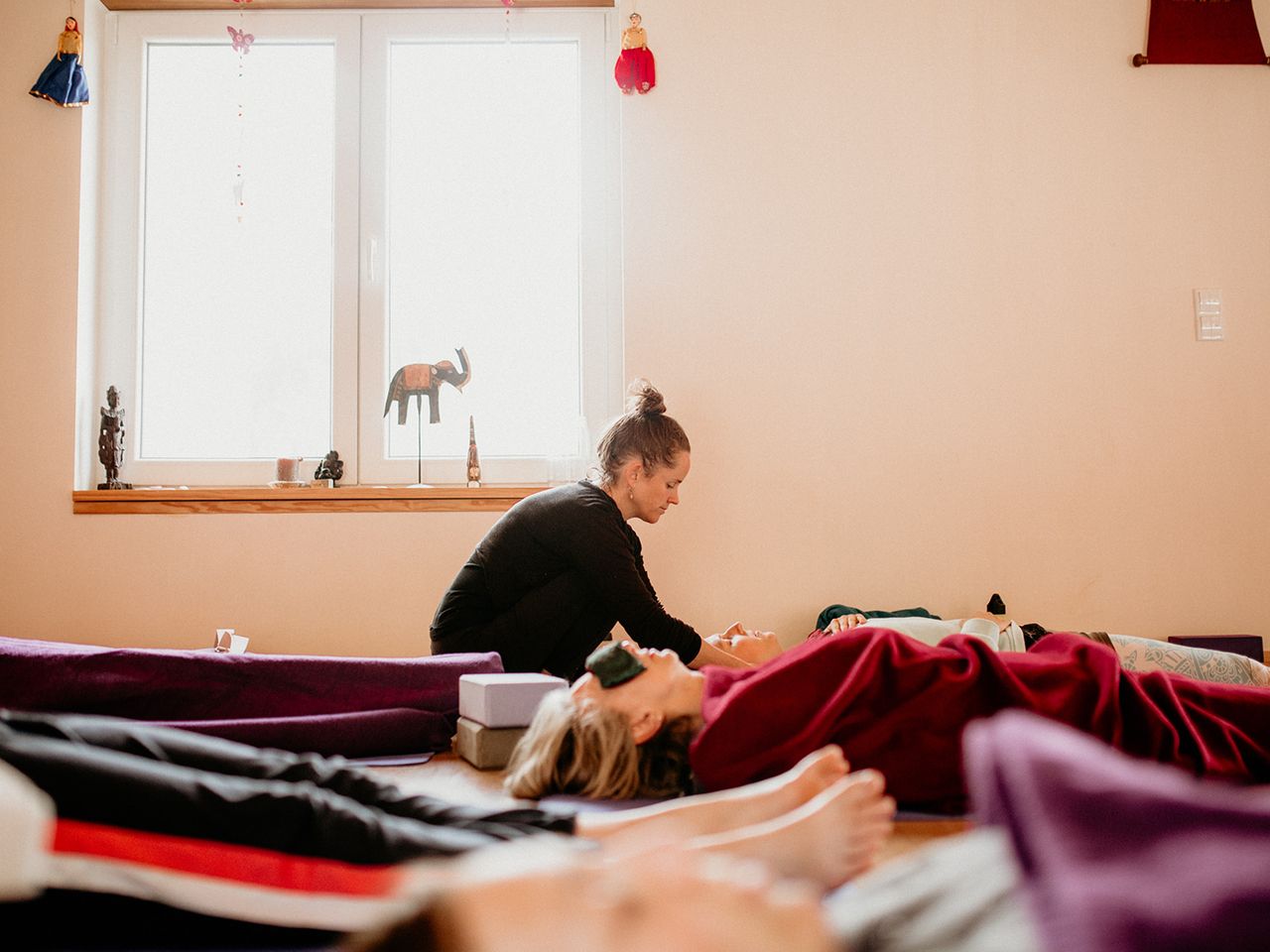 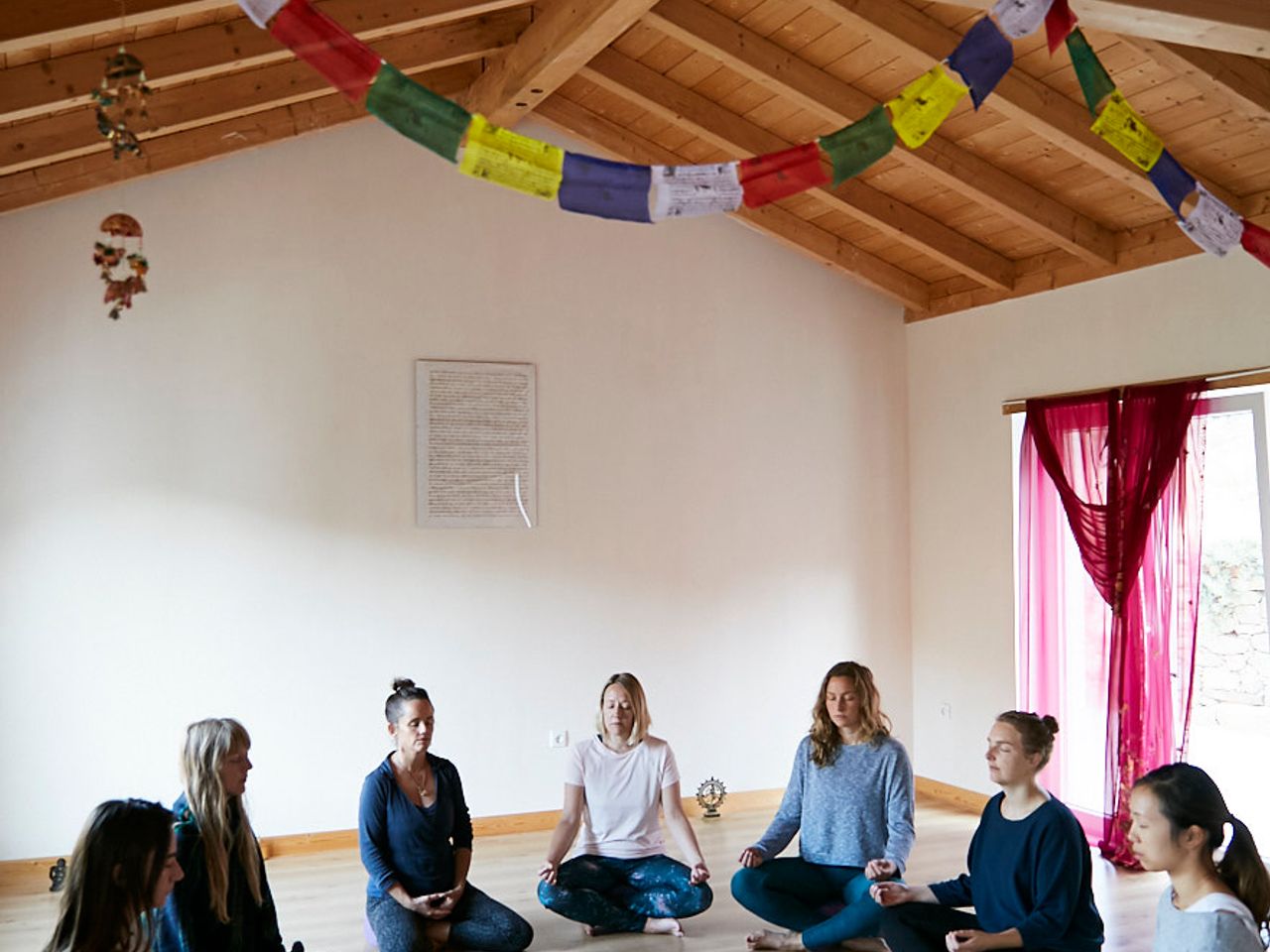