Elizabeth Wolfson, PhD, LCSW, has been a psychotherapist in private practice for over three decades working with individuals, couples, families, and groups from a holistic perspective integrating mind, body, and spirit. She is also Core Faculty and Director of Somatic Specializations in the Master of Arts in Clinical Psychology program at Antioch University Santa Barbara.

Dr. Wolfson received her PhD in Clinical Social Work from New York University School of Social Work and has been teaching in higher education for nearly three decades including at Columbia University, Pacifica Graduate Institute, and Antioch University Santa Barbara. She has a strong background and interest in psychodynamic, depth, humanistic-existential, narrative, and systemic theories.

Dr. Wolfson has served as clinical director of agencies, and was a co-founder of two non-profit organizations in Santa Barbara California. Dr. Wolfson’s professional accomplishments prior to coming to AUSB include the creation of a gang violence intervention program pairing at-risk youth with Holocaust survivors. She was Project Associate in the production of two films in collaboration with UCSB Department of Film and Media Studies, screened at the Santa Barbara International Film Festival in 2006 and 2007.  At Antioch University Santa Barbara, she was Department Chair of the MA in Clinical Psychology Program, developing specializations in Healthy Aging and in Somatic Psychotherapy, and was Director of Antioch’s Women and Leadership program.

She has presented nationally and internationally and published on a range of topics including: Diversity and Dialogue Through the Arts, Practicing Poetically, The Secrets of Healthy Aging; The Road Not Taken: Mining Nostalgia for the Riches of Mid-life;  Reading, Writing and Winnicott: Reconstructing the Story of ‘I’ in the ‘Good Enough’ Space;  Stepping Towards Darkness: The Enlightened Path Towards Healthy Aging; Hiding in Plain Sight: Uncovering Richness Past Midlife; and What Does it Mean to Give Away Power in Relationship.

In 2003, Dr. Wolfson was named Administrator of the Year by the National Association of Social Workers (NASW) Santa Barbara Chapter, and in 2006, she received the Association of Jewish Family and Children’s Agencies Kovod Award for Excellence in Media. In 2011, she received the Intergenerational Effort of the Year Award from AARP and the Central Coast Commission for Seniors for her work in developing the Concentration in Healthy Aging  at AUSB. She received an Award for Excellence in Community Education from the National Association of Social Workers (NASW), California Chapter in 2013. Dr. Wolfson served on the Board of NASW as Vice President of Professional Development for 13 years and currently serves on the Board of California Association of Marriage and Family Therapists, Santa Barbara, California Chapter.  In 2017, Dr. Wolfson was awarded an Artist-in-Residence through the Mendocino Art Center based on two writing projects

Dr. Wolfson currently serves as Core Faculty and Director of the Somatic Psychotherapy Specialization at Antioch University in addition to her clinical practice in Santa Barbara, California. 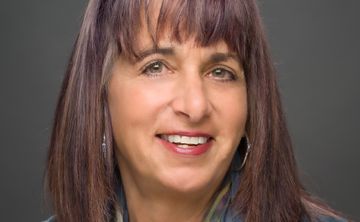