In 2005, at the head of the Gregorio River in Acre, Hushahu Yawanawá, an indigenous woman of 25 years old, decided to break a taboo in her tradition and started, along with her sister, a women's revolution in their village.
Up until that moment, no woman had spent one year in isolation as a form of shamanic ritual initiation (dieta) to access the forest’s spiritual knowledge. Seeking directly the teachings of the village's past elders, Hushahu became a reference in Yawanawá spiritual and artistic knowledge, at a time when her people were undergoing processes of weakening traditional practices due to the strong missionary influence in the indigenous land and culture.
During her dieta, through contact with the forest spirits, Hushahu received different kinds of kene yawanawá and grafismos (sacred designs), and taught the other women of her village. In her immersion she also entered into the study of the making of rauti, ornaments and ritual artifacts, made of feathers, bones, and other materials, bringing strength and renewal to their tradition.
Upon returning from the dieta, she became a reference for other women from within and outside her village, bringing her work and message to far corners of the world.
Source: menla.secure.retreat.guru 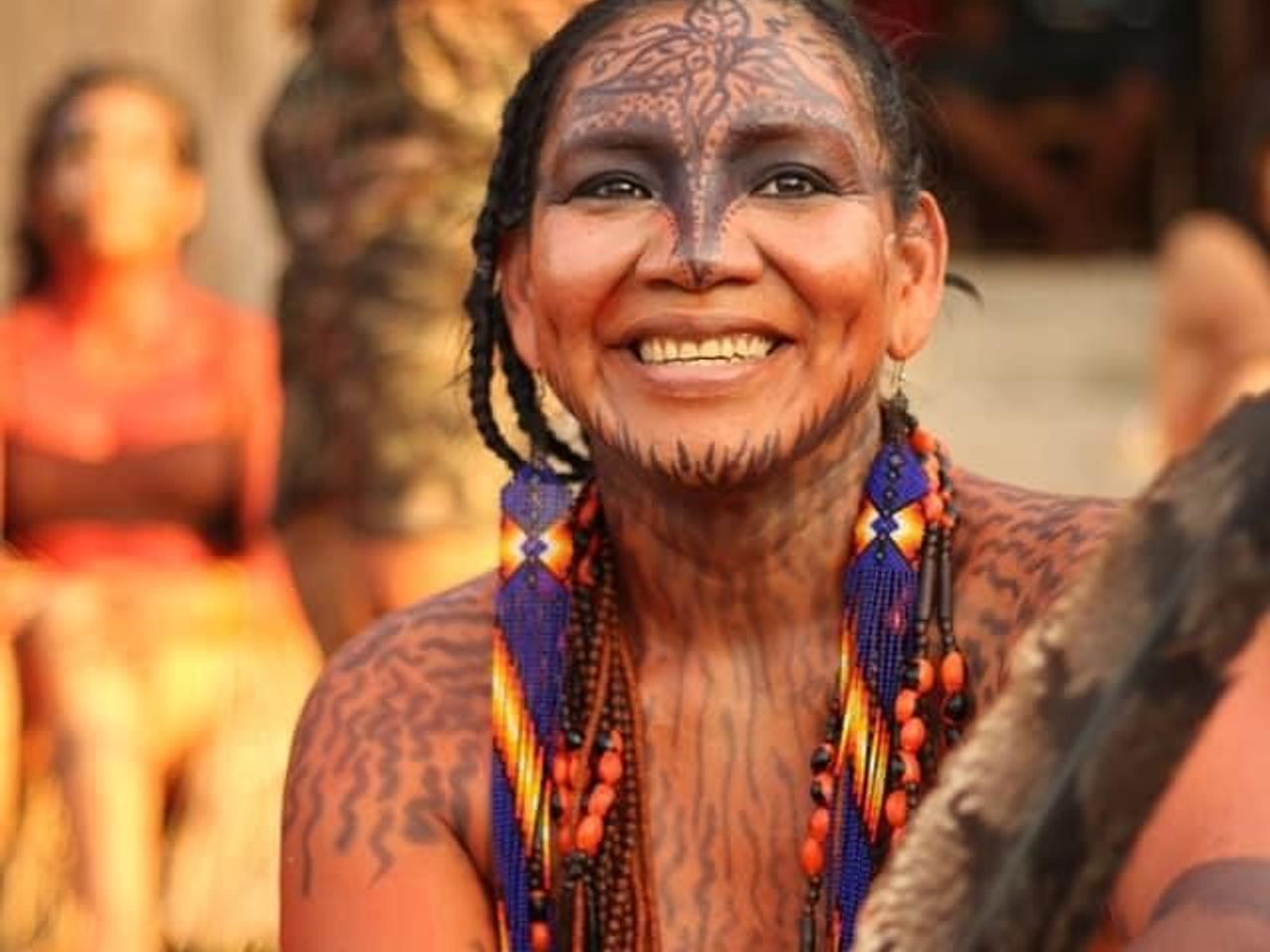 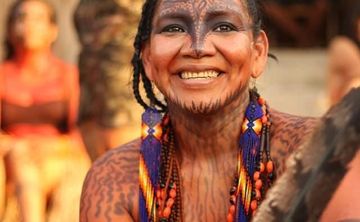