Mark Mills grew up in household where spirituality was a way of life.

His mother has a practice for Spiritual Awareness & Personal Development for many years, and she held various board positions in a number of national professional organizations for naturopathic therapists.

Mark followed various forms of education in the field of spirituality and awareness. Such as; Holistic Coaching at the ANZN (Academy of Natural Medicine South Netherlands). Personal/Life Coaching at the ICM and a wide range of courses from spiritual teachers and healers in different countries.

When he came into contact with Ayahuasca, which he experienced as 'coming home', it was a major turning point in his life. From then on he started to focus full time on doing his lightwork and fulfill his purpose.

Mark is an apprentice of Maestro and visionary artist; Moises Llerena Taricuarima from Peru. They work closely together, facilitating and guiding ceremonies in the Netherlands and abroad. Mark has done several Dietas with Maestro Moises in the Peruvian jungle; To diet and study the sacred medicine plants and to deepen his knowledge of this ancient healing form. Mark follows the Mestizo tradition from his Maestro in combination with other shamanic healing forms.

Besides facilitating masterplant ceremonies he also does other light/shadow work such as; energetic healings, readings, channelings, cleansing houses of negative energy and coaching in the field of personal and spiritual development. Mark has dedicated his life to help awaken people and support them in their healing and expansion of consciousness.

Recognize that the other person is you and be kind to yourself. 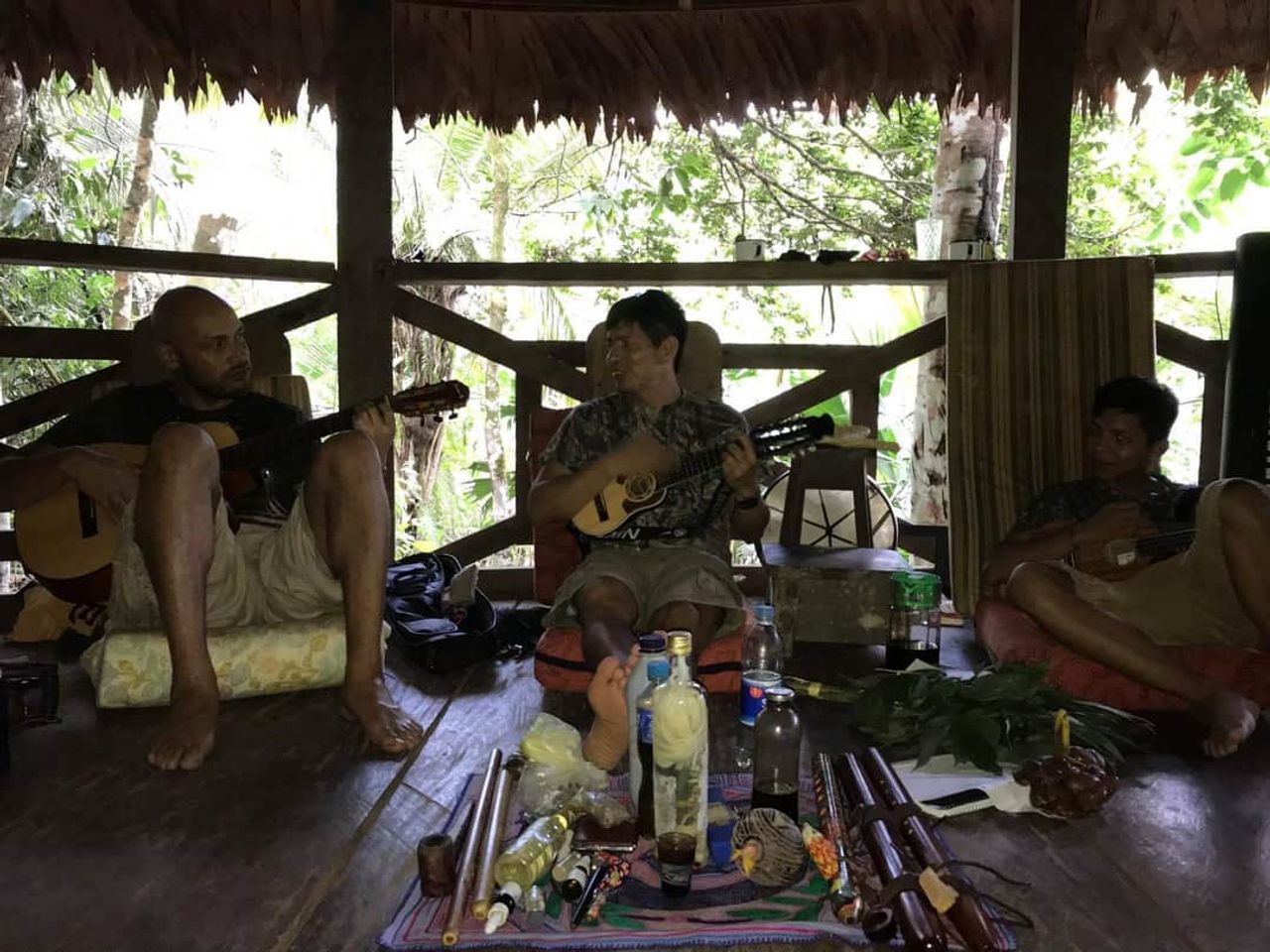 To continue down this amazing path I am on ! Linsey