Loyver is a full-blooded indigenous Shipibo from the region of Alto Ucayali, in the Peruvian Amazon. He was born in the community of San Fransisco of a long lineage of shaman and healers or curanderos. As a young boy he was first initiated by his mother, a healer who was trained by her grandfather, father and father-in-law, who recounted her many experiences of Medicine and ceremony to her young son.

Two important lineages came together in Loyver, or Wesha´kea, a Shipibo name that means Infinite Patterns of Possibility: The one of his maternal grandfather and his soul family, the Lemurian Healer race, who contacted him in dream from early age and taught him to dream lucidly, recall past lives, channel the healing of Lemuria in medicine ceremony and live in love in an awakened manner. And the lineage of his paternal grandfather, a traditional Shipibo ayahuasca curandero or shaman.

Loyver learned how to heal with ayahuasca and the pharmacopeia of the rain-forest gradually after many years of ceremony and retreat (dieta). He was constantly accompanied by his Lemurian guides, whose healing power also worked through his connection with ayahuasca. Loyver also traveled through the region of Ucayali to study and take medicine with other masters and some relatives during his young adulthood.

Furthermore, Loyver works as an artist, exhibiting his paintings throughout Peru. His visions are complex portrayals of the Universal matrix - Shipibo art at its best, representations of the best possible future from the Infinite Patterns of Truth that exist in that Sacred Dimension. These paintings heal those who live in their presence by constantly suggesting for them the highest future or manifestation of love they can live.

After his meeting with his wife and soul partner, Alyssan, he discovered the mystic traditions of other continents and ages. He learnt how the truth, that was alive in his heart from constant connection with the plant kingdom and his teaching dreams, was universal and at the core of all the esoteric mystery schools on the earth.

Together they realized that his mission and calling at this magical time was the healing and teaching of humanity through their union and the union of their respective lineages and paths. A sacred dance of Shamanic Tantra, a balancing of the masculine and feminine, the fulfillment of the prophecy of the eagle and condor or coming together of the indigenous peoples and the European wisdom traditions. Together they are mouthpieces and translators for the Shipibo Medicine tradition and reveal its true Lemurian origins to humanity. As a couple in a Sacred Union their work is especially directed towards the healing of relationships and the illnesses that result from the broken hearts of those who long for sacred union and whose lives seem to repeat patterns of abusive relationship and loneliness. 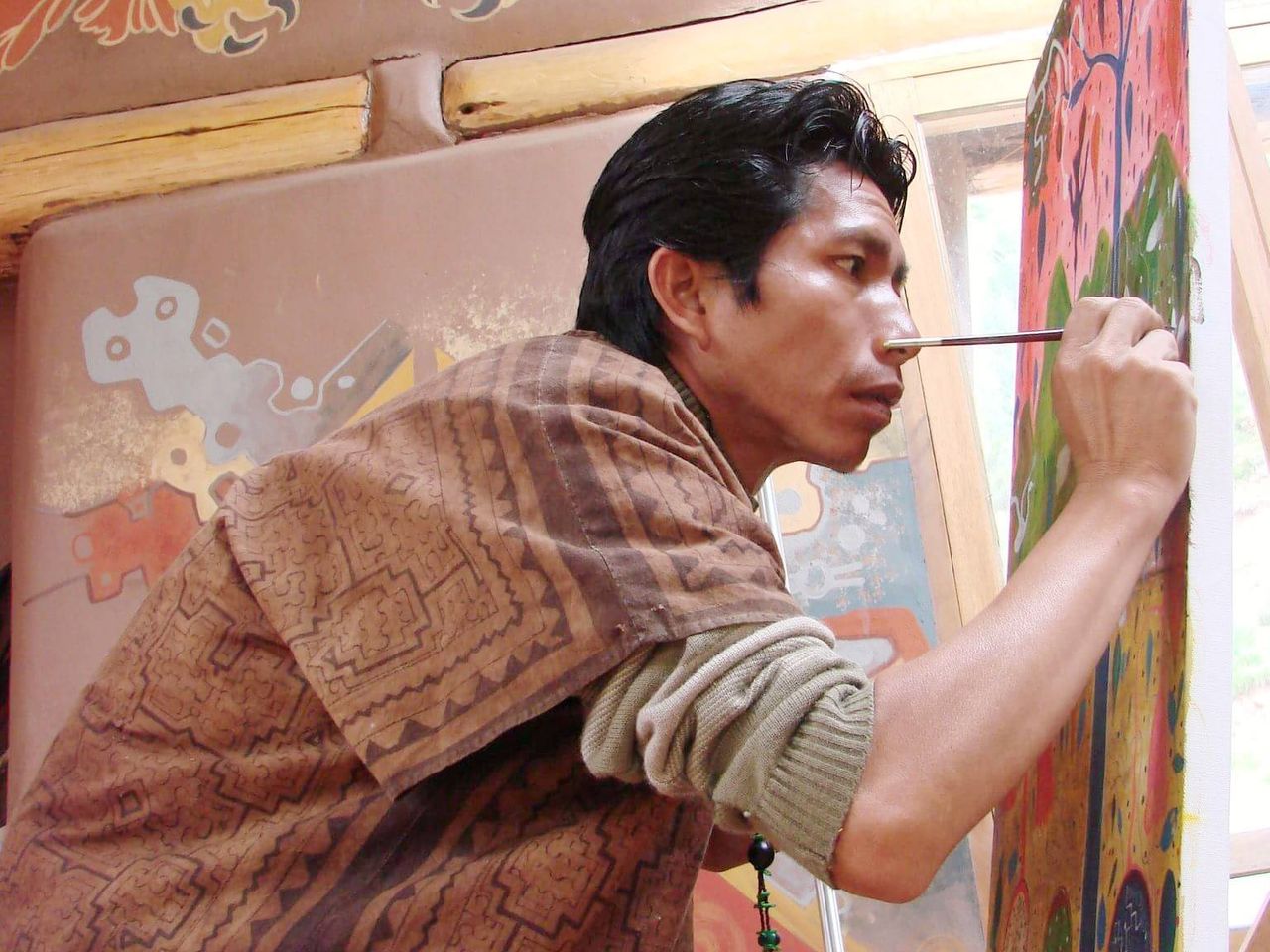