Johnathan Flores holds the title of Dr. in General Medicine (Universidad Católica de Santiago de Guayaquil). He is also a trained Reiki Therapist and specializes in Ecuadorian Ancestral Medicine (Shamanic Medicine). He was born in the USA but grew up in Ecuador with Colombian roots.

He started to develop his relationship with plants in which he had learned from his grandmother. Johnathan now aspires to dedicate his life to the teachings of plant medicine.
In 1997, at the young age of 13, he started in martial arts training himself in Taekwondo. There, he discovered the world of Asian philosophy which captivated him. A few years later he became a student of Japanese Traditional Jiu Jitsu. In 2001, at 17 years old, his Jiu Jitsu master gave him the blessing of Reiki and he became a Reiki Therapist. In the same year, he studied the anatomy of the body and increased his knowledge with chiropractic courses. At that point, he began his vocation as a healer.

Finally, in 2002, he met Master Ricardo Tay Lee who taught him the sacred path of Kung Fu.
Master Tay Lee instructed him for 8 years in the Chinese arts of BODY, MIND and SPIRIT through the daily and rigorous practice of Kung Fu and Taoist meditation.

In 2004, he began to study as a doctor in medical school. At the same time, he was introduced to the power plants and the abundance of knowledge that came with it. In that moment - he met the sacred circle of ancestral medicine. The combination of the fire, teacher plants and mother earth medicines brought him a feeling of yearning to return back home.

Johnathan decided to devote his life to the path of the ancestral medicines teachings (Shamanic Medicine). He aspired to keep alive the powerful tradition that ancestral civilizations have been transmitting from generation to generation.
He has 13 years of experience with the teacher plant´s knowledge of San Pedro (Aguacoya) and Yajé (Ayahuasca). He received generous teachings from teachers of the community Shuar, Cofan and Siona in the Ecuadorian and Colombian jungle, who have become part of his family.

He was born with the intuitive ability to feel others. This empathetic skill has allowed him to develop dynamic treatments, adapting it in a unique way to each patient.

He dedicates his life to the study of physical, mental and spiritual healing. Aside from being an Ancestral Medicine Man and a General Doctor of Western Medicine, he provides Reiki treatments, different techniques of Chinese Medicine and Emotional Therapy. He developed his own Therapy named IET (Integral Emotional Therapy) where he combines all the branches of medicine he has developed.

Johnathan is also a musician, playing the guitar and lakota flute. He use this as music therapy, taking the patient into a meditation towards an inner journey.

¨ I believe in the integration of medicines and I feel that this allows me, as a healer, to expand my field of vision. Being able to treat the same ailments or illnesses in my patients from several points. That makes me achieve fast and effective results, which betters the quality of life and brings health and wellbeing.¨
Dr. Johnathan Flores Becerra 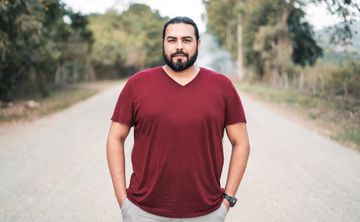