The philosophy and the practice of Yoga are the pillars of Basia Ozieblo’s life. She had been practicing for over fifteen years when she decided to deepen her understanding of what was going on in her mind and her body, and registered for the Teacher Training Program at Yogashala Institute in Marbella, Spain, near where she lives. She continued her studies at Yoga Vidya Gurukul in India and is a Yoga Alliance RYT 500.

Yoga is now more than a practice for her, it is a way of life that she loves to share, helping people realign their bodies and their minds in order to feel comfortable and at one with the vibrations of the Universe. She has just spent three months teaching Yoga at Angkor Zen Garden Retreat Center in Cambodia and you can see how much she enjoyed that on her Facebook, Akalpita Yoga.

The influence of the schools of Iyengar, Anusara, and Shri Daiva are apparent in her insistence on correct alignment, posture and breathing in her teaching of Yin Yang, Ashtanga, Vinyasa Flows and Kramas. And she is fascinated by Hindu mythology, particularly the stories of the goddesses, which she likes to incorporate into her classes while students concentrate on breathing and relaxing in simple asanas!

Lift the veil that obscures the heart and there you will find what you are looking for. Kabir 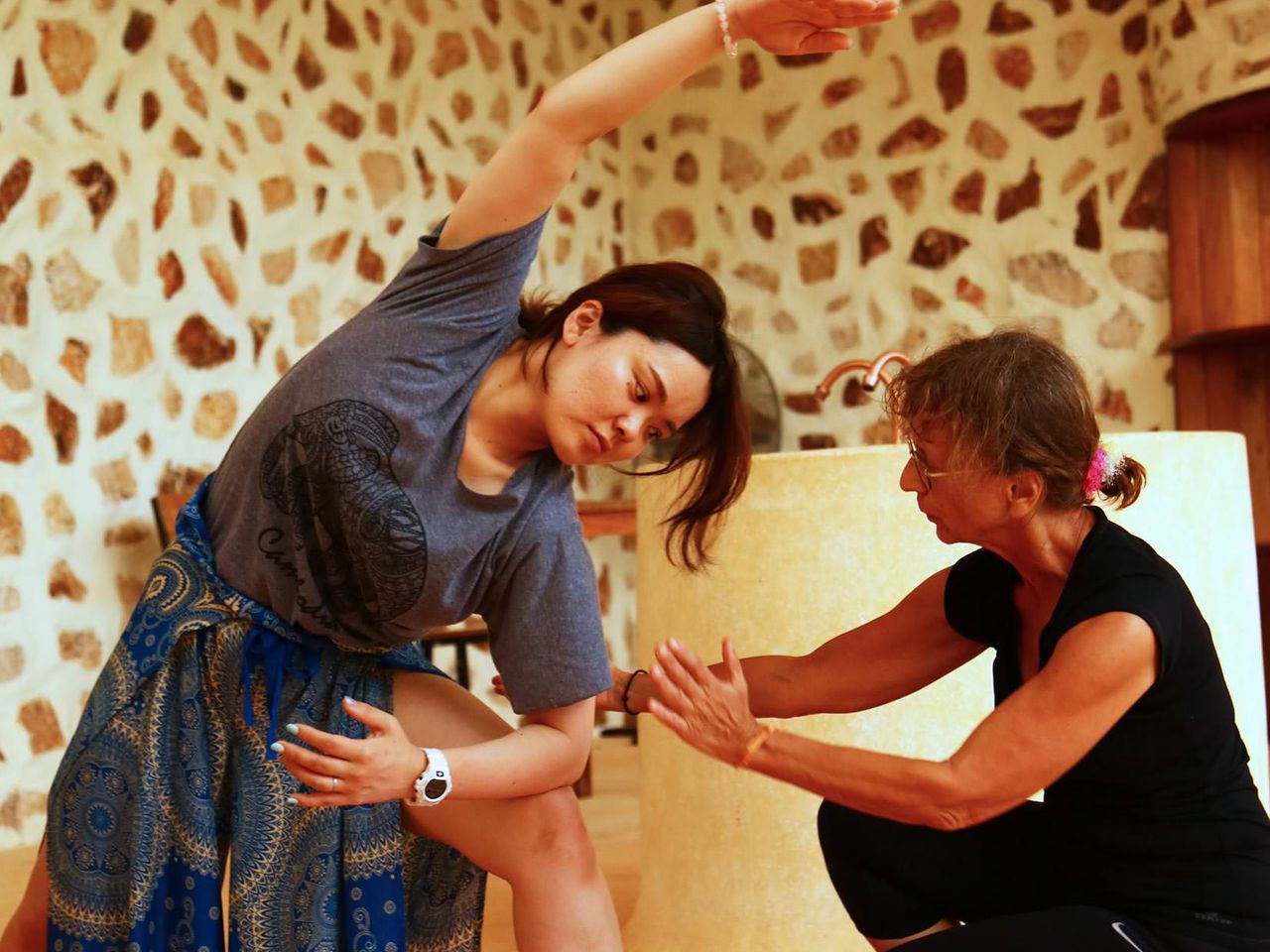 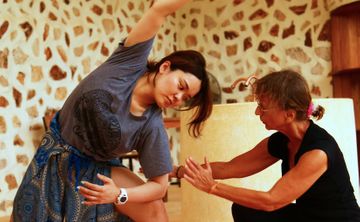